HEATHER CHATS TO DROWNING POOL GUITARIST CJ ABOUT BEING BACK HERE IN ENGLAND, NEW SINGER JASEN AND THEIR NEW ALBUM 'RESILIENCE'

It’s been a long time since Dallas Texas four piece Drowning Pool have played in the UK, and along with their buddies Fozzy, they are here to rock Manchester. With new album ‘Resilience’ and new singer Jasen Moreno, Drowning Pool are back and here to stay. 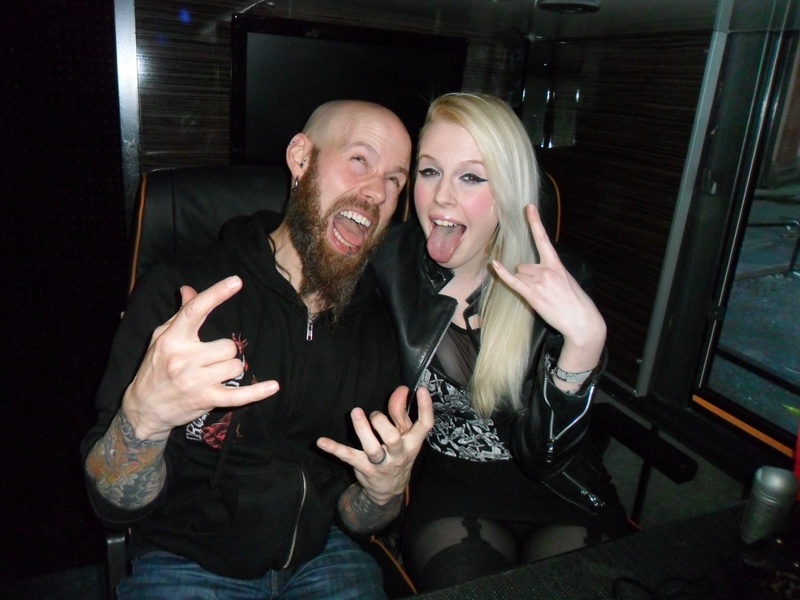 Heather from Manchester Rocks here with CJ from Drowning Pool, how are you today?

CJ: I’m great, how about yourself?

CJ: I love this town, it’s great, I guess Saturday is the day to be out. I went down the street for like three or four hours, been around all the coffee shops and cool restaurants.

So you’re playing later on tonight…

CJ: Yeah playing later on tonight, rocking out with Fozzy. It’s been a great fun run and we have a few more weeks left.

How has the tour gone so far?

CJ: It’s been awesome, you know I never know what to expect, it took us a while to get back over here, just between management and label switching.

It’s been a good few years since you’ve played over here right?

Great! So what do you get up to before a gig, how do get ready, how do you prepare?

CJ: You know it’s completely different every night, totally different night tonight, but I mean it usually consists of a couple of drinks, I’d be lying if I said I didn’t. But I love hanging out with the other bands, I love seeing the other bands play, it really gets me pumped up. I mean part of the reason why I started playing music and that’s just because I love playing but I love being at a rock show every night, so it’s a bonus package for me, I get to sit there and listen to bands play every night and I get all pumped up and then I can’t wait to get on stage and play.

When you compile a set list is it difficult to get a good mix of old and new?

CJ: One of the cool things and great advantages of having our new singer Jasen Moreno, he’s the only singer that we’ve had that actually took the time out of respect for the previous singers and to the fans, that learned our whole back catalogue, like we can play any song off any record.

So you’re not confined to specific songs or albums…

CJ: Yeah, with past singers they’ve just learned what they needed to single wise and then we just re-wrote new songs with them. So we never really had that, so like tonight we decided we’re going to play pretty much the whole ‘Sinner’ record, you know because we can. Since we’ve been over here the set list has changed a few times nightly but we realised we had a really strong presence over here in 2001 2002 with Dave Williams and the ‘Sinner’ record and it’s just fun. Especially for me, I’m a fan of music and when some of my favourite bands play the first whole record you’re just like oh my god that’s what I got into and they’re playing all these songs, it’s not just about the single or the radio songs.

So Jasen the ‘new boy’ how did he come into the mix?

CJ: I’m so used to just calling the singer the ‘new guy’…Ever since Dave it’s always been the new guy. Jasen, honestly he sent in an audition like everybody else. We’ve known him for years, but you know I think the main thing that got him the spot was again like I said he learned all the songs and on top of that he just has a unique sounding voice, he’s very original. He’s by far the most dedicated musician I’ve ever worked with, honestly he makes me want to be a better musician and he’s just so passionate about it. He’s the kind of dude that warms up, he’s the kind of dude that like wants to rehearse all the time, he wants to be perfect and I respect that.

He also has great hair…

CJ: Yeah he’s got a cool hair do, you know he hates it when we say this but I’m going to punk him out right now because I’ve had a few drinks already…but he was a child star in the movie Hook, he was Rufio

I so would of gone for that.

CJ: He’s got the Rufio do! He hates that and now he’s really going to hate me ha ha. 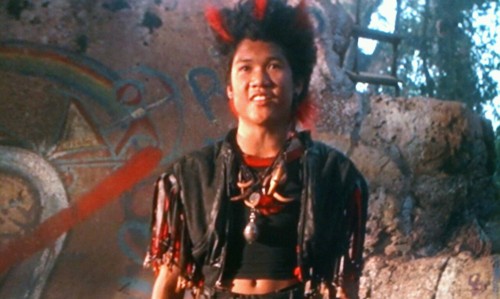 The new album ‘Resilience’ came out earlier this month, did Jasen have a big input into that?

CJ: Like every record we’ve had with Drowning Pool, myself, Mike and Stevie get in a room and kinda start hammering out ideas out first, and then we bring the singer in for the second half. I think this record is more aggressive than anything we’ve ever had, it’s more metal. I think a lot of that reflects the frustrations of having to do the singer switch so many times, I think a lot of that comes over in the music. The business itself has changed a lot so, there’s been a lot of frustrating times in the bands career, and then when Jasen came in, we had this new energy and life so you just a lot of rock and roll and fun songs as well so it’s a good mix of that. And there’s the dedication song ‘In Memory Of…’ to Dimebag Darrell and Dave Williams and it just happened to fall out at the right time, we’ve been kicking that round for years and Jasen just seemed like the right guy to sing it.

You guy’s have been going for quite a long time now, with various lead singers, how have you managed to keep Drowning Pool going?

CJ: Just drink your way through it ha ha

I find it helps most situations…

CJ: You know just love and passion and dedication, I love metal, I love rock n roll, I love live shows and I love hanging out with people, other like minded rock and roll fans, so because of that, that’s the driving force. I mean, if there’s something you love and you want to do it in your life it’s not always going to come to you sometimes you’re going to get hit with bad things, you’re going to have to jump a lot of hurdles, it’s never going to be handed to you, which makes it that much more when you get it. So just stick with what you know and love and that’s exactly what we’ve done and now I’m having the best time I’ve ever had since Dave. Well maybe too much…it hurts a little bit.

Thanks for you’re time CJ, looking forward to the show tonight.