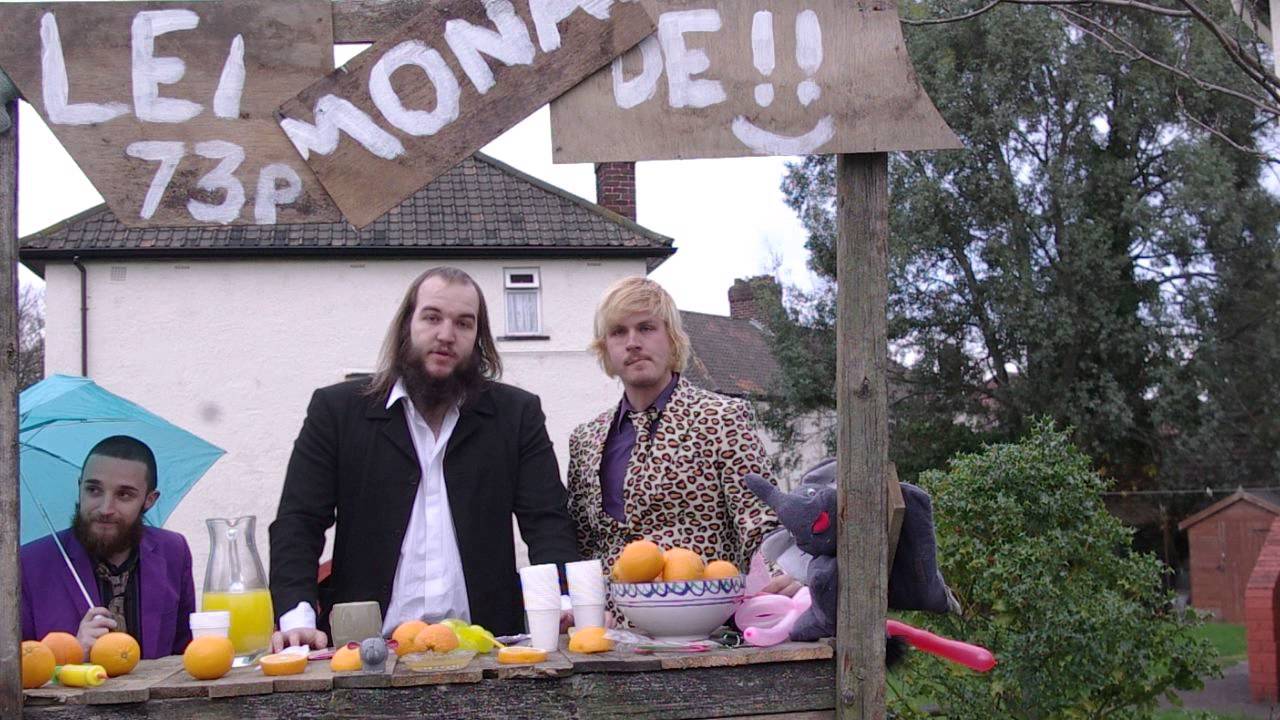 People say that good things come to those who wait and today this has been proven true (well at least to me but I hope you too). After what seems like a longer wait than an Asthmatic Snail bringing your heavy shopping home, the new album from those McJones boys is finally here and I’m once again experiencing multiple eargasms.

Unlike the last album, Everybody’s Drinking Lemonade starts off with a more sedate feel with the title track in the form of a stripped down performance. Singer Ben’s vocals seem to vibrate from the speakers with nothing to accompany them except the clicking of fingers and a small amount of backing and yet they still manage to excite and make you wonder what’s next? Not to worry though because even though it is short lived whilst still being the perfect length you are soon whisked away into the next track. This whole album is littered with treasure and gems which is what I have come to expect from The Blind Dead McJones band, each song being an amazing example of Blues writing and style. Punctuated with thunderous guitar explosions there is no way in hell you will ever be able to just sit and let this album play along in the background, the lads seem to have captured the very essence of smoky whiskey soaked back rooms and liberally dosed each and every one of the eleven tracks making you want to submerge yourself deep into it. Infact I would be willing to bet that if you played this album to a tee totaler like a monk by the time he has reached the third track he would be playing pool with his sleeves rolled up while nursing a scotch on the rocks.

The main problem I have with a band as good and consistent as The Blind Dead McJones band is with each offering I stop and say to myself “This is my favourite”, “No wait, this one is” and with each track as I listen I repeat this like some sort of mantra. Life would be a lot easier if they would just do one bad track, just for the hell of it. Then I would be able to turn round and say for once “yeah I loved the album but that track was a turd!”. Let’s face it, that won’t happen as long as these lads keep breathing because they not only love what they are doing and have copious amounts of talent but they are always able to inject some of that humour that makes then totally unique into all of their work. Eleven tracks and three radio edits in and like singer Ben is so fond of saying, I had a real cool time!

"Punctuated with thunderous guitar explosions there is no way in hell you will ever be able to just sit and let this album play along in the background."

Do yourself a favour and endeavour to own this and the last album, you will be a lot better off for it and it will also make you so cool that you will be irresistible to the opposite sex, whilst improving your social life (the last statements may be false but it sure as hell won’t hurt to try and you will get some of the best music out there to listen to while you wait and see if anything happens).

Muff, had a real cool time!