Turbowolf’s music is on another plain of existence entirely 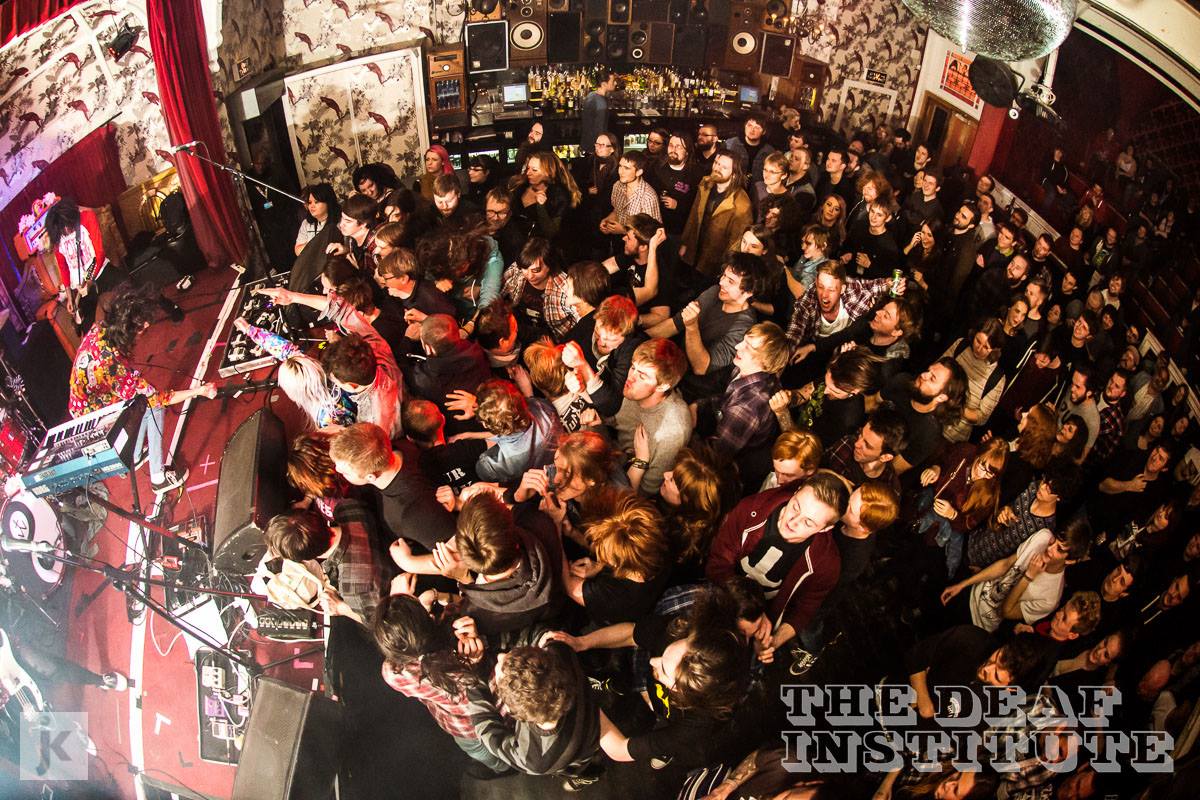 It was in 2011 when I discovered possibly one of my favourite bands in recent memory. Turbowolf are an interesting psychedelic punk rock band, which is just the short hand way of saying they’re a punk band that make lots of weird noises and it sounds trippy yet amazing at the same time. They came to my attention when they did a takeover on Kerrang! Radio, they played lots of good stuff like The Mars Volta and Volbeat and ended it with their own song Ancient Snake. This was my first bite from the wolf. Some people say music is a alive, well Turbowolf’s music is on another plain of existence entirely. The way they fuse the electronic sounds with the intense punk music is really quite the experience.

I have seen this band live on a few separate occasions now, and every time, they just bring a raw intensity to the stage like no one else can. Chris Georgiadis, just springs to life on stage and doesn’t let anything slow him down and Andy Ghosh on guitar is just simply brilliant to watch. Just the best blend of excitement and insanity. Definitely one of the bands you need to see live.

Read our live review of their recent Manchester show here, where a shoe ended up on the roof.

Their debut album, which is self-titled, is jam packed with exciting and fun songs, with great riffs and a wild attitude. At first glance of the albums track listing, it read like the ravings of a mad man, with tracks like Seven Severed Heads, Bag O’ Bones and Let’s Die. However when you take the time to hear these songs you’re welcomed with a fairly unique guitar tone, awesome bass grooves and fairly interesting synth and keys parts. Oh, did I mention there is also theremin parts to the music? Yeah it’s in there and it’s used in all it’s glory. Seriously I wouldn’t be surprised if it was revealed that they were from the future and this is just what people in 3052 listen to.

Then came their covers EP, which just added their flair to some pretty badass somes most notably the song Captain Caveman by Lightning Bolt, which will always say is a great song, no matter who it’s performed by. In 2013, Pettybone bassit, Lianna Davies joined the band and has been a solid presence ever since. Her work on the two new songs Solid Gold and Rabbit’s Foot is really freaking awesome and really live up to all the bands previous work, without missing a step.

Well, I think I’ve gushed about them enough. So go listen to them! They’re coming on tour with Death From Above 1979 in February/March and will also be doing a headline tour in April across the UK. Their new album Two Hands will be released 6th April, so you definitely, and if what we’ve heard so far is anything to go by then this could be my album of 2015.