THE REET HOT CHILI PEPPERS AT THE TOWLER

“Standing in line to see the show tonight and there’s a light on.” This is only partly true, I wasn’t standing in a line, but there was a light on. Reet Hot Chili Peppers had arrived. 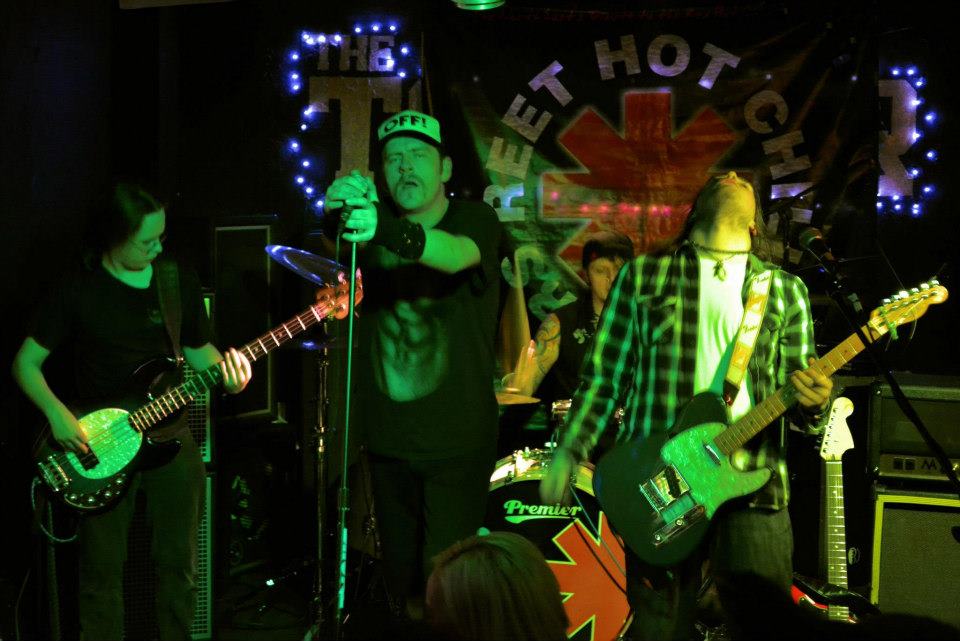 Those know me well will know that I adore The Red Hot Chili Peppers. So much. They are pretty much my world, I even have the RHCP asterisk tattooed on my wrist. This means that I am VERY judgemental when it comes to RHCP tribute bands. There are lots of them around and to be honest, I think most of them are lame and consist of some bloke with his top off and a guy in a skeleton costume (Slane was 10 years ago guys, Flea has moved on). Thankfully not all of them are as lame and The Reet Hot Chili Peppers are top of the tree for me. Having seen these guys many times, imagine my excitement at being able to see them round the corner from my house at The Towler: The Venue. 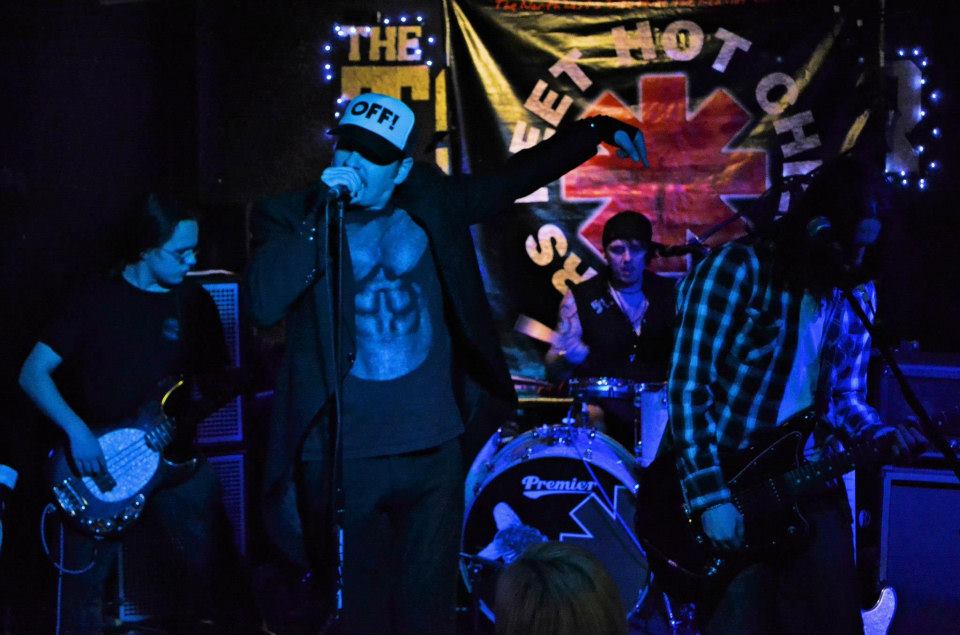 The Reet Hot Chili Peppers hail from the North East and aside from being hilarious, they are damn fine musicians. Opening their set with Monarchy of Roses as RHCP are doing on their current tour, The Reets set the bar for the rest of the night very high. Front man Mark will be the first to tell you that he isn’t Anthony Kiedis, nor does he try to be. This is a good thing. What he does have is passion on stage, he engages the audience and makes sure everyone feels included. He does have some Kiedis nuances when he sings too.

Bassist Terry is the complete opposite to Flea. Very introverted on stage, he lets his bass do the talking. One very dear friend of mine, a bassist, commented that he’s been playing bass for longer than Terry has probably been alive and Terry is jaw droppingly better. Guitarist James has the hard task of switching between John Frusciante and Josh Klinghoffer styles of playing. He’s perfected a melting pot of the two although I would say he has Frusciante leanings. No mean feat. Talented way beyond his years, he provides backing vocals too.

Finally we have drummer Adas, the North East’s very own answer to Tommy Lee (in looks at least) who holds the band together with his own style of drumming but without losing too much of the Chad Smith style of smashing the hell out of a kit.

I jokingly said to Mark that I should duet Californication with him and right near the end of the set he obliged. It was a complete pleasure to share the stage with such talented musicians. I can now wholeheartedly say that I have sung with RHCP.

Overall this night was a great chance for RHCP fans to rock out to their favourite music and for people who aren’t so familiar with their music to get a taste of just why RHCP fans go so crazy for shows. I can’t rave about these guys enough. You’re lucky as they’re back down our neck of the woods at the end of March at Moses Gate. I’ll see you all there…standing in line to see the show

Photos from the night, all credit goes to Andrew Troman for the awesome pics.

For more on The Towler: The Venue: http://www.facebook.com/thetowlerthevenue

Reply buy zithromax without a prescription
12:17 AM on September 17, 2021
online order cialis

Reply VeryPisse
6:32 AM on September 24, 2021
amoxicillin vs azithromycin

Reply Vermgrism
2:30 PM on October 9, 2021
where to buy prednisone for dogs without prescrition