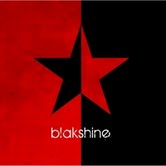 Back in 2010 Blakshine were formed from a current and former member of British rock legends Savage, the Bass player from Adhesive and the singer from Traitor’s Gate.

Wasting no time these hard hitting rock veterans put pen to paper, and set about creating their self-titled debut album. Kicking off with the title track Blakshine this album drops you right into that accomplished rock feeling and sets you right in the mood. With great lyrics matched to hard bitten vocals and stylish playing, Blakshine take you through this album like true professionals. Blasting your ears with tracks like Man of Fire and Enemy it would be easy to believe that this band have been around for years and their debut was in the distant past. One thing that bothers me about this album is I’m really hard pressed to find a favourite track as they are all amazingly performed and mixed, but if I was asked then I would say the closest I can come to a favourite would be tracks 7 and 8. Track 7 Downside Upside is a brilliantly written balls to the wall rock tune and Track 8 Love, Life and Liberty is just as balls to the wall but with an added twist of being the kind of tune that would be an awesome chance for the crowd to sing along in any venue, but I get the feeling that these dudes are destined for bigger and better venues the more people hear this album. With twelve tracks to this album you definitely realise that this isn’t just a hello here we are debut but more of a loud yell to the face saying listen to us now!!

Ending on God’s Town you get a slight sad feeling that this is all there is but after such a good ride you just know that this isn’t the end but a brief pause while Blakshine gather more of this awesome rock and prepare once more to blow you away. After hearing this amazing band I am confident in saying Blakshine are destined to be on the lips of every rock fan very soon and any venue would be shaken to its foundations with these lads on the stage.